Sometimes life is truly stranger than fiction...because this kid certain sound like a kid from the Boondocks

Barefoot and still in pajamas, the 7-year-old boy stood on the side of a Caseville road on Monday morning, crying and begging to see his dad.

Police say that as his mother slept, the boy drove his stepfather’s red Pontiac Sunfire more than 20 miles from Sheridan Township by himself to try to get there, hitting speeds of 50 m.p.h. with police in pursuit.

“I was hoping he wasn’t going to crash,” Caseville Police Chief Jamie Learman said. “A couple of times he went off the right side, onto the berm in the gravel, and the vehicle was fishtailing a little bit. When that happened, he seemed to be increasing his speeds.”

Learman sped up and passed the boy, as Huron County Sheriff’s Office Deputy Randy Britt helped box in the car.

“I slowed down, he slowed down and eventually stopped,” Learman said about the Sunfire. The boy had trouble pulling over on Kinde Road near Sturm. Then, with the car still running and in gear, he couldn’t get the car unlocked. The officers calmed him down through the window enough to tell him how to unlock the car, then Britt put the car in park.

Investigators discovered the boy had left his Sheridan Township home at about 10 a.m., heading for his father’s home in Filion. They were alerted by a Rochester man who called 911 after spotting the boy behind the wheel near the Caseville Dairy Queen. The boy’s mother, who was sleeping and had left instructions for the boy to wake her at 10 a.m., did not know he was missing until contacted by police.

“She was frantic,” Huron County Sheriff Kelly Hanson said. “I think we woke her up because she didn’t answer the first time. And when she called back, she was frantic. And when the deputy went down to pick her up and take her to the scene, she was pretty upset.”

The mother and boy immediately went to the county’s department of human services. The incident is also being reviewed by the Huron County Prosecutor’s Office, according to Hanson, who declined to identify the mother or son.

“If any charges are issued, (the prosecutor) is going to want to know things like that: where did he learn how to drive?” Hanson said, adding he did not know the answer to that question.

In his 11 years as chief of the Caseville Police, Learman said he’s never seen someone so young driving.

“Fifteen, 14, but never 7,” Learman said. “I’m just glad he didn’t get hurt, and no one else got hurt. I can just imagine the stop signs and other things he didn’t stop for. I’m just assuming a 7-year-old didn’t follow the traffic laws.”

Copy and paste link for video:

Now there are so many places to go with this one…

Let me start with the heavy stuff. It would have been nice to hear from the biological father on this one. When I was a single father, one of my motivating mottos was, “You let me mold a child until they are 12 years old, you can try to take them away from me from then on, but you’ll never be able to take away the impact I had on their life.”

That boy’s biological father must have had some kind of impact.

But one must ask, what kind if impact did his mother have on his life? If his dad was a such an influence that the kid would be so daring as to take a car and go to see him, was it mom’s influence on him that would make him be so rebellious to do such a thing? Yes, even at seven, this child acted out in a very rebellious and disobedient way (of course I’m assuming he’s not fleeing an abusive situation). He’s not a dog finding his way home from the airport or something. My two children who are younger than seven, would know better than to do something like this as it is considered wrong. Children have to learn that a wrong behavior for the right motivation does not make the behavior any less wrong. But even that’s the responsibility of the adults in this child’s life to teach him that, so I blame them and not him.

But it still makes me ask: Dad, would your child fight so hard to see you? Especially if they were fleeing a dangerous situation?

If you answered “No”, what are you going to do about that?

Roland Martin, journalist and host of Washington Watch said this last Father’s Day, “…a child may be in Saudi Arabia, Australia, Afghanistan, wherever in the world and they make sure they get back home for Mother’s Day. But on Father’s Day, Dad is lucky to get a phone call…”.

Sometimes dad hasn’t done enough to warrant a phone call and sometimes he’s done everything.  But our children grow up in a TV culture that does not value father’s (e.g. Homer Simpson, Tim Taylor, Al Bundy, and many commercial dads) and they are influenced by what they may see and what they may hear from mom. 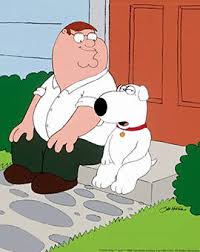 So whatever this seven year old was going through at his mother’s home, it is very telling that he made such an effort to make his way back to his biological father’s house.  Also, notice I’ve refrained from saying, “real father’s house”? Well, sometimes the step-dad is the real dad in the home, so I never want to take away from the role that many of those men fulfill in the household as well when they are taking care of business.

Now, on a softer note.

Isn’t it good it happened on “mommy’s watch” and not “daddy’s”? I mean, come on, you know how it is when you’re with the baby or kids and one of them gets hurt and they are with you. Your emotions start flowing just like they did when you were a kid and were scared about what your parents might say about something bad you’ve done! And what do they mean, “If charges are filed…”? Us guys know that had that happened on dad’s watch, we would have been fearing her showing up at the police department and going off more so than the police themselves.

But isn’t it amazing when the kids fall and get a nice shiner on their head or scrap their knee on her watch…excuses are abundant like ”it happened so fast”, “I was right there”, and if all else fails, “Well if you would’ve been here…”. 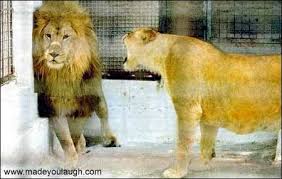 Perhaps it’s a sunny day outside or maybe you’re making a “where-to-go” list for your vacation. You or the First Lady of the home recommends going to X-park or Y-event and if you’re like me, your mind starts calculating…(hit dream sequence music),

Now let me introduce the CornerstoneDad-Cost-to-Fun-Factor (CCFF)! During the summer, my family hates to spend time inside the house. I don’t even like to visit other people if I know all we’re going to do is sit inside on a bright sunny day. Therefore, we tend to be a bit more loose with the entertainment envelope as we seek out places to take the kids without breaking the entire budget. Please still understand, If It’s Free, It’s Me! That’s still this CornerstoneDad’s motto, but sometimes you just have to unfold the wallet and do what you have to do for the family, something you already know as a CornerstoneDad.

So again, here’s our equation:

2.) Total Cost / Length of Time having fun = Total Cost per Hour (or minute depending how you far you want to calculate)

3.) Whatever the result, that decides whether we go or not.

Now for an example:

Major League baseball game tickets for decent seats run about $40 per ticket. A game lasts about 3 hours. So for all 7 of us to attend a game, the CCFF is over $93! If I include the $10 for parking (we’re not parking close, we all need the exercise anyway), $5 for a program, and my kids already know I do not stand for being gouged at the concession stand, that bumps the CCFF up over $98. Now you all know I’m a baseball fan all the way through, but it’s hard for me to justify paying that much money to watch a bunch of millionaires play ball when, like LeBron James reminded me, when I wake up tomorrow I’ll have my same problems (like financial ones) and they will be just fine.

Now the CCFF does not take into account other factors that may make an unreasonable high score a trip to consider. If my children have never attended a baseball game or there was a special team/player that they wanted to see, I may just shell out the cash. But where it comes in handy is reflected in a trip to an amusement park. The total between parking and tickets was around $140 (Twilight rate but only from 5-10pm) for a CCFF of $29. Now, if we would have done the typical all-day trip, the CCFF would have been around $40. Therefore, we went after 5pm, did not have to buy food and just wander around the park to get our money’s worth. The best part, the park was less crowded and the kids were still able to ride the “necessary” roller coasters.

You know...when you get older, you sure start thinking about a lot more "what ifs" when you're riding coasters!

Now how about you? Do you use something like the CCFF with your family and how have the results been? Has it worked out well? If not, give it a try and let us know the results.

Happy Father’s Day to my man James Evans!!! Definitely a guy who taught me how to be a better dad.
To my Old School Dads:
To my New School Dads:

I always wanted one of these when I was a kid, but unfortunately they were a bit out of my family’s price range. Plus, they never seemed to run for the relatives and friends that I knew that did have them.

However, this little guy here, is one happy kid and is living my dream!

Big Homie is the car enthusiast in the family and he loves to just sit on my lap and watch car videos (the ones we can watch without crazy music and foul language of course). So lets kick off a new segment on CornerstoneDad designed for you to pull the little car-fan onto your lap, as you watch laps.

So crank up those computer speakers!