My friend Rob was a social worker and hated his job around the holidays. You would think there would be more peace, but exactly the opposite, as families fought worst than cats and dogs ever would. He stated the reason was because people are together only for holidays, when they normally avoid each other the rest of the year. Tempers begin to flare, words get said, booze is flowing, then fists start throwing.

However, if you and your child’s mother live in separate houses, you may know a little about those types of sparks during the holiday season. If you have not had that blow up yet, trust me, you probably will. Perhaps you buy the kids with your current wife/girlfriend (don’t date single mothers, there, you’ve been warned) more stuff than you bought for the child you two have together, you might get a phone call (or text these days I guess). Perhaps you do not have the money/gifts she wants to give the child you two have together because child support has you tapped out, or because it needs to be split with your other kids as well, then you will definitely get a phone call or text!

The advice by Rich Cooper is great in this short vid. I love his channel (and he’s a car guy as well so that helps) as Rich is all about telling men to focus on themselves, “Do the Work”, and focus on excellence, not booty. However, he’s also divorced and has a lot of good content on dealing with ex-wives and parenting, so I can’t recommend his channel enough.

If you have any advice on how to avoid, cope or just a story about “Baby Momma Drama” in your past, feel free to share in the comments below!

Dads, have you made that New Year’s Resolution yet? Whether you have or have not, check out the tips at All-Pro Dad titled:

Our Classic 10 Ways to be an All Pro Dad  http://www.allprodad.com/top10/parenting/our-classic-10-ways-to-be-an-all-pro-dad/

You can find details at the link above, but here’s a peek at the list:

2.) Spend time with your kids

4.) Understand and enjoy your children

7.) Eat together as a family

8.) Discipline with a gentle spirit

9.) Pray and worship together

10.) Realize you are a father forever

If you have any other good ideas of goals for dad’s or would like to just share some that you have, let us know in the comments section!

Make 2012 the year you become the dad that you want to be and the year you help make your sons and daughters the men and women that they are to be. 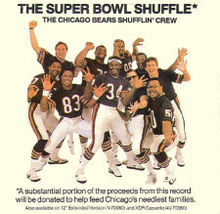 Any mention of the Super Bowl, deserves a picture of the 1985 Bears!

My two boys love football and because of this, we did’t have the heart to make them go to bed early on Super Bowl Sunday.

The girls on the other hand…well, they just want to stay up to get the boys in trouble, forcing me and mom to send everyone to bed.

But Boney catches on fast.

It’s her bedtime and my wife says, “Come on, lets get ready for bed.”

Boney: No I want to stay up and watch football!

Mom: You don’t care about football.

Boney: But mommy, I do care about football.

Mom: You do? Who’s playing?

Boney: Nobody, but I’ll watch them!

Tonight is Monday Night football night. The San Francisco 49er’s face off against the Arizona Cardinals, with both teams not living up to the pre-season expectations. The 49er’s coach, Mike Singletary, is even on the “hot-seat” accord to many in the media.

This would certainly scare me if I had the ball!

Most remember fiery Singletary for his intense gaze as he patrolled and led the Chicago Bear defense from 1981-1992. In fact, one of my favorite all-time teams was the 1985 Bears that won the Super Bowl that year against the New England Patriots. Singletary lead a defense that some consider one of the best in history.

Yet, Singletary’s biggest contribution to this world was probably not on the football field, either as a player 20 years ago or as a head coach today.  Mike Singletary is the cornerstone of his family as he and his wife have seven children. The Coach has written three books: Singletary One on One, Calling the Shots, and Daddy’s Home at Last. When Singletary first arrived in San Francisco, he snatched highly-talented tight-end Vernon Davis off the field for not being a team player (check out his classic press conference speech below). If there was ever a “daddy moment” during the game for all to see, that was definitely one. Any father that ever had to discipline his child on the field for their antics or any child that has been the recipient of such rebuke could certainly relate. But Singletary’s decision that day earned him the respect of 49er leadership, the rest of the team, and most importantly, Vernon Davis himself. Singletary is a man that knows how to lead men.

Perhaps you are a dad that stepped into a situation that requires you to lead a team that, well… let us just say, “your guys” aren’t on the team. Meaning, you may be a step-dad of children who seem to be set in their ways and you continually think, “If I would have raised you, you would not be acting this way”. You may be a dad who has been in the military and away from your children for large periods of time, and they seem to ignore your discipline when you are home. You may be a dad who has been there, but you have sat back and let your wife handle the discipline because you want to be the “fun-dad”. Whatever situation you find yourself in, you need to be that cornerstone for leadership and discipline inside your home.

Like Singletary, we must be willing to not just lead in the boardroom, factory, or on the field. But in the living room (and not just the bedroom as that tends to be the only room in the house many men want to lead in), our kids classroom, and the chapel. Our kids are waiting and I wish I could say our wives are waiting, but many are not any longer, they are leading and laying down the discipline without us. What a shame. If you do not lead your young men, who will? Is the street capable to lead them? How about our daughters? Will we allow another man to lead them?

Coach Singletary may be on the hot-seat for the 49er’s losing record this season, I would be willing to bet the team’s record does not reflect the impact he has had on the men’s lives that he has coached in less than three short seasons. That is what being a CornerstoneDad is all about, being essential in the building and character of your home. To be anything less is not being a cornerstone, but pet. Maybe that’s why so many men are said to be dogs.

When I was younger, I remember my dad, aka Lillpappa, having a really nice camera and always taking pictures.  When I got older, I started with my little pocket camera and now I have finally moved up to a digital SLR. Needless-to-say, sometimes it is not even about the destination with me, but whether I can shoot some nice photos once I get there. My kids are now catching the photo-bug as well.

Children can catch things with the lens that we as adults often miss. First, our perspective of the world is of course taller. Many pictures we even take of them are shot from up above. However, there seems to be much more “pop” to photos that they may take of each other, face-to-face, that we do not catch from above. With the price of digital camera being extremely cheap or perhaps you have that old one sitting around that you never use, why not let your kids use or at least borrow it? Next, plan an afternoon where you take them out and view the world through the lens. Whether you barely know anything about shooting photos and you only use it when your wife tells you she wants shots of the kid’s birthday gigs, or whether you are a professional, I guarantee you that your kids will appreciate just the opportunity to be with you. The learning, the interaction and nice photos bring added value to the trip.

Lillpappa loved to take photos of bridges and still does to this day. The Golden Gate bridge has been our family favorite, but a bridge just about anywhere is worthy of a shot. Look for plenty of other bridge photos in the future shot by me, Cool Pappa, and my tribe.

Until next time dads, stay strong and show the family some love.

Last time I asked you how you defined success as a dad. If you judge your success by what your children think, All-Pro Dad has a test that is perfect for you. Perhaps you do not have the courage or relationship to ask your children how they think you are doing or have done as a father. This little test can be a conversation-starter. Have your child/children take the test preferably with you not around. Then look at their answers and the recommendations by All-Pro Dad. Did your child’s answer reflect what you were thinking? Did you score better than you thought or not as good as you expected? Whatever the outcome, determine today to get better and to DO better. Both of you are alive therefore it is not too late for a brand new start.

The test can be found at: http://www.allprodad.com/resources/kidsquiz.php

In my very first Sociology class, my brilliant professor asked me a question when I said that I had two children during the obligatory class introductions. “Are you a good father?” she innocently asked, but in a way that I immediately knew there was much more to the question that she posed. I replied, “The only people that can really answer that question are my wife and kids.” Later, Dr. Lewis told me that my answer was full of wisdom. What was funny was that I did not even know where that wisdom came from in me. Yet as I get older, my kids grow, and my wedding anniversaries run like a car odometer, I understand that she was the wise one, as her question was like one that Jesus would ask. It illuminates more to the person answering the question than the person asking.

As dad’s, how do we measure our success? In the workforce, your employer’s performance review may ask you how well you think you performed in the last year. Yet ultimately, your success is defined by them, not you (from an external locus of control point-of-view). If you define your success as most do, by receiving a pay increase, bonus, or some other reward, is that the most accurate reflection of your success with the company? Conversely many Dad’s define success on their own terms or so they think. These terms tend to reflect societies expectations or norms and include, “I’m a good provider” or “I am at home with my family when most men aren’t” and even, “I’m here to set them straight and teach them how hard this world is.” Soon we’ll look closer at why these definitions are lacking and leave our families and even us  men who say this, wanting more. 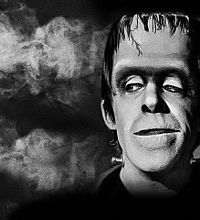 Until then, dad, how do you define success with your family? Does the end justify the means in your worldview? Do you feel that if your kids stay out of trouble and get good grades, then you must be doing something right? Would your wife and children say you are a good father or do you say and think they would say that you are a good dad?