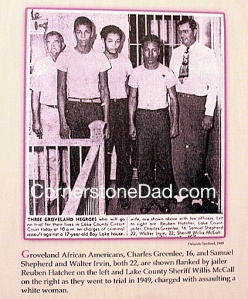 Our family makes numerous trips to various museums as part of our homeschool teaching. The lessons we learn, often about history, truly teach as that as Soloman wisely said,

New Living Translation
Ecc. 1:9 – History merely repeats itself. It has all been done before. Nothing under the sun is truly new.

“His big break came in 1949. In July, a white farm bride claimed she was abducted and raped by four black men in the backwoods town of Groveland. McCall quickly arrested Sam Shepherd and Walter Irvin, who had been pals in the Army. The two had refused to work in the groves. Shepherd’s family also had angered many whites for making a success of a small family farm, thus improving their standing within the black community. McCall saw the chance to take this “uppity” black man down a peg. By charging Shepherd with rape, the sheriff would solve two problems at once.

McCall’s deputies beat the men and did little to stop the rioting that continued for days after the arrests. Shepherd and Irvin were convicted and sentenced to death. (A third defendant received life in prison; a fourth was pursued, shot and killed by a posse.) In April 1951, the U.S. Supreme Court overturned the death sentences, blaming McCall for ruining the prospects of a fair trial. In November, as he was transporting the prisoners for retrial, McCall shot Shepherd and Irvin on a dark and deserted country road, claiming the manacled prisoners tried to jump him and escape. Irvin survived and told a different story — that McCall shot in cold blood.

McCall’s act drew sharp condemnation around the world. Hundreds of telegrams poured into the White House each day, urging his arrest and pleading for intervention by the federal courts. Soviet diplomat Andrei Vishinsky cited McCall as proof of America’s hypocrisy in calling for human rights abroad. “Willis,” the local prosecutor reportedly told him, “you have (peed) in my whiskey.” 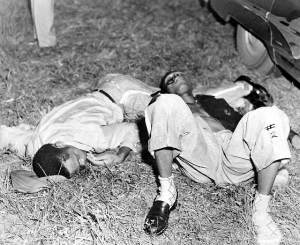