You know, one day I’ll do a podcast or article on some of the racist things done at some of my schools when I was growing up.

The worst by far was the Slave-Trade that my high school put on to raise money by auctioning off athletes.

Oh wait, shout out to the NFL and NBA who still do that… 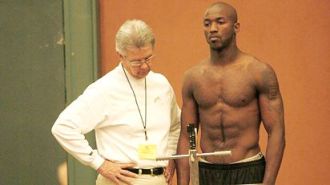 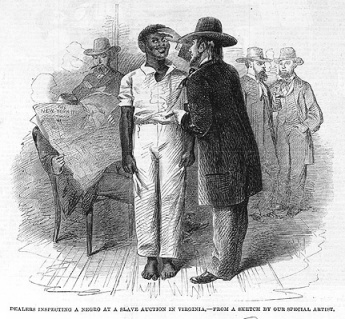 But you know, I can honestly say I’ve never had to take a test like this.

Beaver Ridge Elementary parents held a protest outside their Norcross school Tuesday after a lesson on Frederick Douglass prompted third-grade teachers to use slave beatings to teach math concepts.

Another question on the worksheet. Several parents have complained about the assignment.

Channel 2 Action NewsSchool officials said that the questions stemmed from an effort to incorporate history into math lessons.

The protest was held as some parents of third-graders who saw the homework assignment met with the school’s principal.

About 60 parents, community activists and church leaders assembled outside the school. A few carried signs that read: “Shame on them” and “The teachers need to be fired.” Some drivers passing by the demonstration honked to show support.

Parent Christopher Braxton, who complained to the district about the slave math questions, said his son’s class was being led by a substitute teacher for the second day in a row as the investigation into the incident continues.

Braxton said Beaver Ridge Principal Jose DeJesus would not elaborate on the status of the probe or his son’s teacher.

“They apologized for the situation and said they could not speak about it further until they finish the investigation,” Braxton said.

Four of the school’s third-grade classrooms received the assignment, which made references to slaves picking oranges and filling baskets with cotton. It also included the question: “If Frederick got two beatings per day, how many beatings did he get in one week?”

This is the second time in two years race and ethnicity on a homework assignment sparked complaints at Gwinnett Schools. There was a similar incident in Cobb Schools last fall.

Last school year, third-graders at Gwinnett’s Chesney Elementary were given a reading homework packet that included a story titled “What Is an Illegal Alien?” The assignment, which was copied from the Internet by a new teacher, was not reviewed by the school’s subject area department chair before it was distributed. The math sheet created at Beaver Ridge also failed to undergo a content review, officials said. Under district policy, the worksheet should have been reviewed before being handed out to students, but that process was not followed.

In September, Cobb Schools came under fire for a similar incident, an assignment by a teacher at Campbell Middle School. Students were asked to write on the issue of dress codes and read a fictional two-page letter written by a 20-year-old Saudi Arabian woman. The character wrote approvingly of wearing the Islamic veil — and of her fiance’s multiple wives and the law of Sharia.

Gwinnett Schools human resources officials are investigating the Beaver Ridge incident to decide whether punitive action is necessary. District officials said they would work with math teachers to come up with more appropriate questions.

“These particular questions were an attempt at incorporating some of what students had been discussing in social studies with their math activity,” said Sloan Roach, Gwinnett Schools spokeswoman. “One teacher developed the questions, another made the copies and it was used in four classes.”

Ed DuBose, Georgia NAACP president, had a strong view: “The teachers, the staff responsible for allowing this to go forward should be fired.”

One of the teachers involved in the incident is Hispanic, Braxton said. The district would not release the teachers’ names or races. All involved are being questioned about their role and are still employed with the district, Roach said.

School officials said the questions were not intended to be offensive and that copies of the assignment were being pulled so they wouldn’t be circulated.

Copy and paste the link to check out the video of the story: