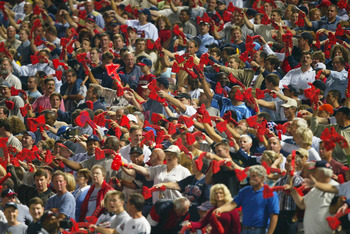 There’s a blog post that’s been sitting in my draft-bin for a few months now. I started writing it at the beginning of the baseball season as I thought about the Braves, Indians and Redskins (RGIII was the talk of football’s off-season as well) names and mascots. I had enough of the stereotypes and me and the kids had some great conversations about what they mean and why many consider the tomahawk chop, Chief Wahoo and Redskin-nickname offensive.

If you have not been following the latest news, the issue surfaced again recently (read HERE) as the media, protests and lawsuits just to name a few, began aiming their sites at the Washington team and owner Daniel Snyder for the team’s nickname that many consider the equivalent of calling the team, the “Washington Niggers”.

So here I am tonight, watching the ATL Braves take on the LA Dodgers in the playoffs. The organ player (do they use those folks any more or is someone playing an MP3?) gets the crowd hyped with the old Tomahawk Chop. I thought they stopped that years ago, so I stated digging.

Now, if you go to the Braves website, they even made a video on why they continue to do “the chop”. I never knew it went back to Neon Deion and his post-Florida Seminole days. 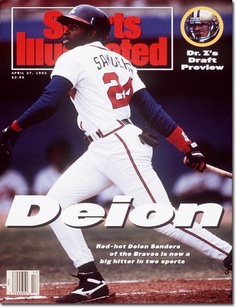 But then I came across this blog posting on SB Nation. Looks like Mike Bates and I were having the same thoughts at nearly the same time. I think he captured most of my thoughts on the issue, so maybe I can delete that draft sitting in the box.

Now what do you think? What would you tell your kids?

Let us know below…and I hope this isn’t the first time that I have to close out my comment section on a blog post. Lets keep it respectful people.

Yeah, the “Tomahawk Chop” bugs me. Here’s why.

As it turns out, Braves fans do not like it when you say disparaging things about “The Chop.” I learned that this evening, when I tweeted:

None of which is to say that I hate the Braves (I don’t) or that I think Braves fans are bad people for doing it (I double don’t). Nevertheless, the replies began coming in fast and furious; far too quickly for me to respond to them all. So in lieu of that, here’s why I think the Tomahawk Chop is an embarrassment and wish it would go away (which it won’t):

1) Roughly 30,000 adults, almost none of whom identify as Native American, are essentially “playing Indian” en masse, using a stereotypical representation of native chanting to represent…something. I’m not sure what. Maybe someone can explain what, exactly, they’re trying to do, besides support their team (and there are an unlimited variety of ways to do that without pretending you’re all part of a disenfranchised and marginalized group of people, a group of peoples with unique histories and cultures that are largely divorced from how they’re being presented at Braves games.

2) I think when we essentialize an entire group of people down to a single caricature, it makes us all look bad. Maybe Braves fans don’t feel like their chopping affects me. That’s fine. I suppose it doesn’t. But it makes baseball fans look ignorant, and it makes Americans look ridiculous. And I don’t the side of our culture that feels the need to boil down a group of people to a singular characteristic. We used to do that (and many still do that) with African-Americans, Jews, Latinos, and the LGBT community, and it’s not fair to them. In most cases, it’s disrespectful.

3) We continue to participate, largely unknowingly, in the marginalization of Native Americans every day, and rather than do something to improve the conditions on reservations across this country, we have elected to instead pretend like we’re honoring them. Maybe we would do a better job of honoring them if we made sure reservations had access to adequate healthcare, education, and food. Maybe we can stop pretending that everything is fine for Native people because many tribes have a casino and that, because of that, we’re entitled to take whatever we want from them for our sports culture.

Native peoples have problems that go far beyond whether a bunch of baseball fans do the Tomahawk Chop or wear Chief Wahoo. I’m very certain that many of them don’t care one way or the other what happens in Atlanta or Cleveland (although it’s clear that many do). But that doesn’t preclude us from doing and being better than we have been. I wish we did better at striving toward that goal, rather than perpetuating nonsense because it makes us feel part of a community and it’s been around for 20 years.