It’s Friday Night and “We Ready”!

Changing names to protect the quick and dirty…we have:

From the left: Godfather of the bunch – Cobra J with his concrete-shedding Shelby that always turns heads standing still and wherever he rolls up. For those Bow-Ties and Exotics that think, “Oh, it’s just a Shelby Mustang…”. I say, “Good look with that.”

Brother X with some ’86 Four-Eyed Pride – He travels over 4 states each year for just this event! Each year I’ve seen him, I think he’s had a different Stang.  May I add, Brother X is a good bro that we’ve got to know through the Dream Cruise. As I get older, I realize that you don’t meet many genuine folks in this life, and it’s been fun getting to know X each year.

Son of a CSD and CSD himself – My Son! Representing in his own ’88 Fox GT…and no, there’s not an AT in the group.

But because we do believe in diversity among the Brothers, my cuz even found us with his convertible SS over to the far left! So just to give him some love, below is an even better show of his ride…(but let it be known that he a BAD and heavily modded notchback a few years ago). Cuz always has a way of doing the Paula Abdul and “making a ride his own”, so stay-tuned as I’m sure this will turn out to be a pretty unique S/S in the months to come. He purchased it recently and it already looks different! 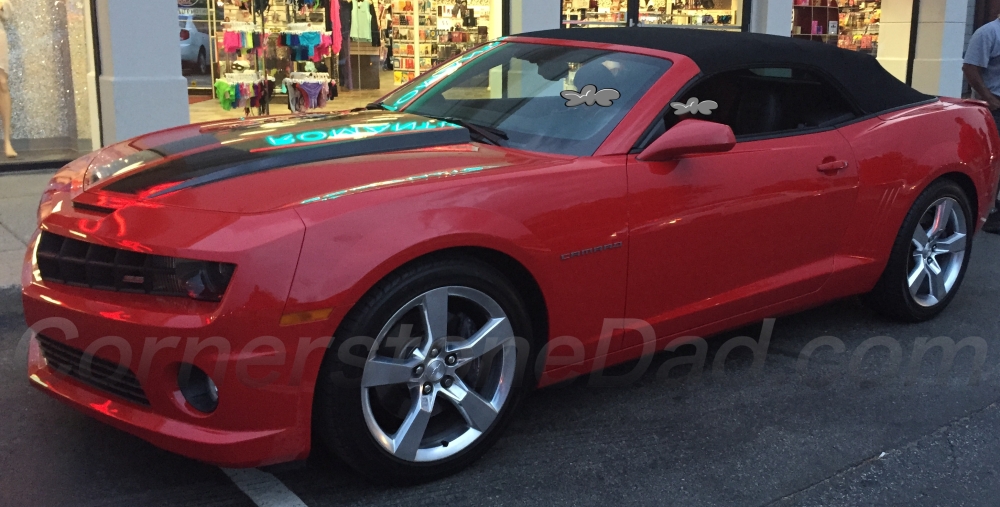