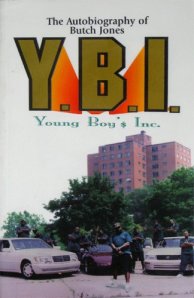 This was one famous Detroit group that you won’t find ever performing at a halftime show.

At the same time, terms like Reaganomics, Star Wars defense, and pull-yourself-up by your bootstraps also thrived in this country’s vernacular.

But as bad as things were back then, some of the things going on today make shake my own head.

I’m I getting older or do you feel the same way?

Yesterday, Marvin Winans of the famous gospel group, The Winans was carjacked and robbed in the middle of a gorgeous afternoon in the ‘hood. For my readers not in this area or country, the streets don’t matter, but trust me, he was stopping in the ‘hood.(Story here: http://www.wxyz.com/dpp/news/region/detroit/pastor-marvin-winans-carjacked-and-robbed-in-detroit)

Now, I also grew up listening to The Winans as they were on my dad’s approved music list. My close friend’s father used to pick us up in the Ford panel wagon LTD and she’d have a Winans tape jamming every morning on the way to school. When my family heard the song Tomorrow before I did, I remember them telling me, “We know you’re going to love that song” and they were right. To this day it’s still one of my favorites.

So it bothered me to hear that Marvin Winans was now a victim, especially knowing that he has tried to make a difference in the city.

I’ve listened to some on the radio that criticized him for stopping at a station with a Rolex and a purple Infiniti SUV. But knowing that his QX56 only gets 16 mpg, I’m sure he’s stopped at gas stations in Detroit numerous times without incident.

But not this time.

Plus, is it now THAT bad? It wasn’t THAT bad in the ’80’s. Back then, we watched a Fiero get stripped right across the street in a few minutes in the middle of the afternoon. But I don’t remember it being THIS bad. I’m I wrong or do I have those “back-in-my-day rose-colored glasses on”?

Also, just the week before, this incident happened and lets just say my man certainly didn’t look like he was displaying a Rolex to fake Ludacris you see in the video. (Note: That old-head got with phony-Luda and it’s sad he had to get a bunch of his “boys” to help him buck with a guy twice his age…and the punks hit an older woman too…those fools are hard right there.)

But the gentleman in the video above did everything right. He didn’t look scared and even spoke to the dudes respectfully and didn’t even call them niggas, like I’m sure they call each other. What did he get in return, a beatdown that could’ve been much worse and thankfully it was not for him and his wife.

Are things just THAT bad?

If we say that they are, then what?

My prediction? At the current progression, two scenarios are likely to play out.

1.) Drastic measures will not be taken until someone of European-descent gets beatdown or killed as the national outrage will cause leaders to speak up and the negative attention will reach past the Michigan border.

Does anyone remember the fireworks brawl that got caught on tape in the early ’90’s (and remember, that was before Youtube)?

2.) Notice the event happened at another gas station. Fuses are getting real short on gas stations as they aren’t calling police on crimes taking place on their property and if you do something that effects them, they shoot you. Lack of police response and growing animosity against the police are all making for fumes that could ignite with one “minor” incident.

Back in the day, we knew who Marvin or at least The Winans were because we went to church.

Dad, when was the last time you did THAT with you kid(s)?

I’m not even talking about whether your church is good or not, but at least it puts the moral compass in the right direction.

An atheist sees me and my boys (friends) crewed-up with hoodies, Kangols and Adidas on at night. Why would he/she breath easier seeing us with Bibles in our hands as we walk from the Mission instead of the gas station up the street?

All rights reserved by Detroit Liger

(We may look bad outside the Mission at night, but trust me, we’re harmless)

Why? Because they know that “religious fanatics” have a moral compass and they are glad about it, because if we didn’t and just believed that now is the only reality and there are no consequences for our behavior, then they may be stretched out on that sidewalk and not make it back home that night. In other words, I’m sure the atheist would be glad we hold the fanatical worldview and not their view in that situation.

Now Dad, do you know where your children are?

Whether living with you or not, are they hanging out in the street, doin-dirty?

If you don’t know, you better find out.

Cause while it may not be YOUR kid that’s going to rob or kill you (then again, it could be: http://www.clickondetroit.com/news/news/Son-of-Farmington-Hills-beating-victim-arrested-2-others-seriously-hurt/-/4714498/10918534/-/15dc71oz/-/index.html) because they’ve never been taught to have regard for human life and have determined that they will be the predator not prey, you may one day fall victim.

You may get stuck by a kid who was raised with a lack of supervision like your kid was raised.

So forget the old saying from parent to child, “I hope you have a kid that acts just like you one day!”

I now will say, “I hope you run into some kids (or they marry) some kid that has been raised just like you raised yours one day!”

Maybe that’s the only way to keep things from getting worse in the D. or any other place, cause I’m getting a headache from shaking my head.

What do you think and how are things in your neighborhood?